Our cheeses are imported from the highest quality suppliers across the globe. Browse our selection below.

Emmental
From the central cantons of Switzerland, Emmental is a hard, unpasterurised cheese, characterised by walnut-sized holes.

Gruyere
Semi-soft and unpasteurised, Gruyere is named after the village it comes from. The cheese has a complex mix of flavours, beginning with a fruity taste and becoming more nutty as it matures.

Tete De Moine
Tete De Moine dates back as far as the 12th century. Produced in the Swiss Alps, it is made from Alpine milk, giving it a buttery, sweet taste. The hard, pasteurised cheese is traditionally served in spiral shaped shavings.

Appenzaller Mozzarella
From the canton of Appenzell, the cheese has a fruity, tangy flavour. Its texture is hard with a smooth, pale appearance.

Paneer
Paneer originates from Bangladesh and India. It doesn’t melt, so can be used in curries and is often used in the UK as a meat substitute. The cheese has a milky taste and doesn’t require any maturing time. 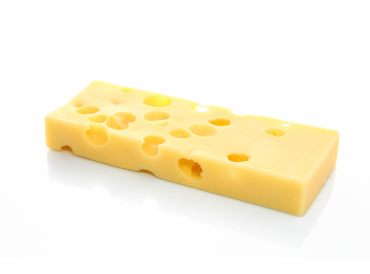 Gouda
From South Holland, Gouda is named after the city it originates from. It is a semi-hard cheese with a sweet, full flavoured taste.

Edam
Edam is pale yellow in colour with a waxy crust and is often served with fruit or eaten with crackers and biscuits. The cheese has a mild, salty flavour at first, becoming sharper with ageing.

Maasdam
Closely resembling the more well-known Leerdammer, Maasdam is a pale yellow colour, recognisable through its ‘eyes’. The cheese is made from cows’ milk and has a buttery, sweet flavour.

Reypenaer
Reypenaer is an aged cheese, which is golden yellow in colour. The ageing process occurs in stages, and is carried out entirely naturally. 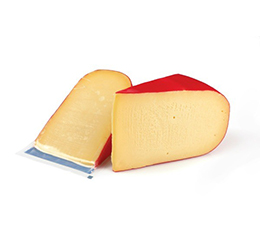 Brie
A soft cheese named after the French region it originates from, it is mostly eaten as a dessert cheese. Brie has a mild, fruity flavour and a strong aroma.

Camembert
Camembert is a soft cheese with a white coloured rind. The cheese is usually eaten warm, giving it a runny consistency. Its flavour is buttery and sweet with a mild aroma.

Comte
Produced in Eastern France, Comte is an unpasteurised, artisan cheese. It is pale yellow in colour with a natural rind and a savoury flavour.

Morbier
Named after the French village that it originated from, Morbier is a full-flavoured, semi-soft cheese. It has a strong aroma and is identified by its central layer of ash, which sits between its two layers of soft yellow cheese, surrounded by a leathery rind.

Munster
A savoury cheese with a strong aroma, Munster is named after the town it derived from. It is typically made from cows’ milk from the nearby regions and is surrounded by a red coated rind.

Goat Cheese
‘Chevre,’ French for goat’s cheese, is a white cheese with a unique flavour. The exact flavour and consistency depend upon the individual maturation process. 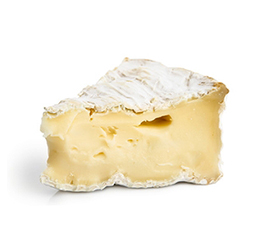 Grana Padano P.D.O
Grana Padano is made from unpasteurised cows’ milk. It has a sweet flavour and grainy texture, protected by a dark yellow coloured rind.

Parmigiano Reggiano P.D.O
Usually known only as ‘parmesan’ in the UK, the cheese is made from unpasteurised cows’ milk. Its grainy texture is well suited to being used as a grating cheese over pasta, soup and risottos.

Gorgonzola
The blue-veined cheese is named after the Italian town it comes from. It has a crumbly texture and sharp flavour, usually taking around 3-4 months to mature.

Talleggio
Talleggio is a semi-soft cheese with a creamy texture. Made from pasteurised cows’ milk, it has a fruity taste and a strong aroma. 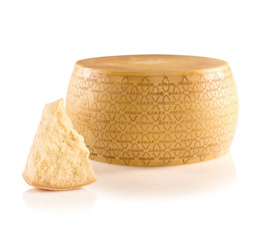 Smoked Cheese
German smoked cheese is semi-soft with a dark coloured rind. It is given a strong flavour by the smoking process.

Smoked Gouda
Smoked Gouda is a popular variation on traditional gouda. Usually smoked in brick ovens, this process gives it a unique aroma and taste. 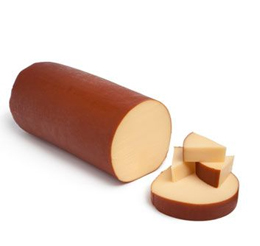 Blue Cheese
Danish blue (or Danablu) is a crumbly, blue-veined cheese. It is made from cows’ milk and takes up to 12 months to mature.

Mozzarella
Danish Mozzarella is a mild cheese with subtle flavours. It is almost white in colour and is typically eaten in salad or on pizza.

Feta (Salad Cheese)
Danish feta tends to be smoother and creamier than its Greek equivalent. It is a semi-hard cheese, and can be cubed without crumbling, making it perfect for salads. 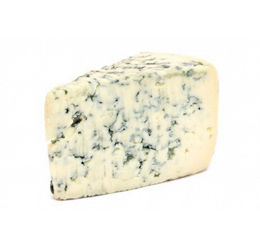 Manchego
Manchego originates from the Spanish region of La Mancha. It has a grassy aroma and its flavour varies depending on the ageing period. It has a distinctive, inedible rind.

Cabrales
The blue cheese has a strong aroma and sharp taste. Cabrales has a creamy texture and a mould ripened rind. It is usually eaten either melted or on crackers or baguettes.

Mahon
Named after the Spanish port of Mahon, the cheese is made using cows’ milk. It has a fruity flavour and sweet aroma, although these vary depending on the maturation age.

San Simon
San Simon is a smoked cheese which heavily influences its taste. Produced in Gallicia, it has a buttery texture and an orange coloured rind. The cheese is recognisable by its distinctive shape.

Tetilla
Tetilla appears as a pear shaped, pale yellow cheese with a natural rind. It has a smooth, spreadable texture and mild flavour.

Roncari Blue
Usually made from pasteurised sheep’s milk, the blue cheese is often wrapped in foil to sustain taste. The maturation process, which lasts between four and six months, gives the cheese a strong flavour. 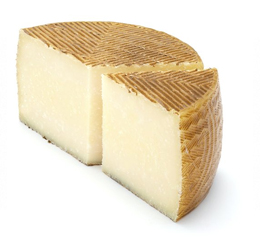 Feta
Made from a mixture of goat and cows’ milk, feta is a popular addition to salads or pastas. It has a strong, salty flavour and grainy texture.

Halloumi
Halloumi is made using a mixture of goat, sheep and cow’s milk. The cheese has a high melting point, meaning it is popular as a vegetarian alternative to barbecue food. It has a strong, tangy flavour and distinctive chewy texture. 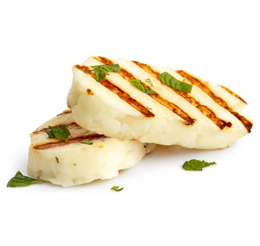 Our meats are responsibly sourced from ethical farms across Europe. Take a look at our charcuterie range.

A common addition to charcuterie boards. It has a savoury flavour with a salty tang. Prosciutto is dry-cured and gains a stronger flavour with ageing. 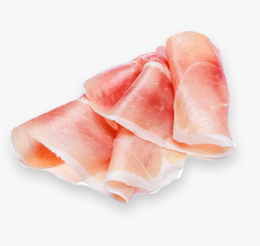 Sopressata shares a similar taste to salami, but is dried before serving. There are variations in the Italian regions, but it is typically made from pork and seasoned with pepper, salt and spices. 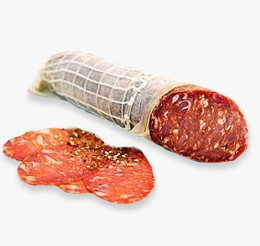 A Spanish delicacy, Jamon Iberico comes from the pork of the Iberian pig. The meat is raised to strict standards, creating a high quality product. 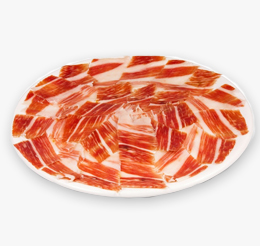 Jamon Serrano is a dried ham that is typically aged for at least a year. It is served in restaurants and bars across Spain. 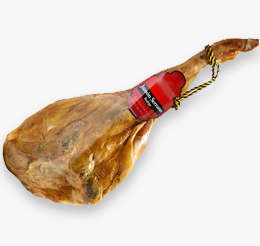 Usually smoked, Chorizo is made from pork seasoned with paprika and chilli to give add an element of spice to its flavour. It can be eaten cooked or raw, depending on how it will be served. 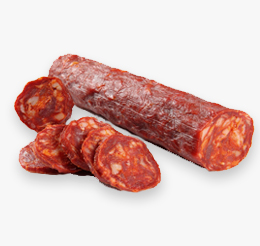 Salted and sometimes spiced, Capicola has a tender texture and fatty consistency. It is dry-cured, sometimes left to mature for up to 6 months. 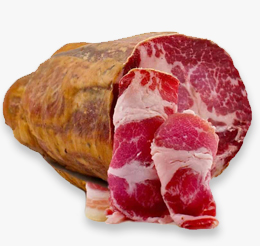 Our Tuna is sourced through carefully selected fisheries that source the produce in an environmentally sustainable way.

Ecuadorian Tuna is sourced according to the country’s strict regulations, which ensure the preservation of marine habitats and species while sourcing a high-quality product. 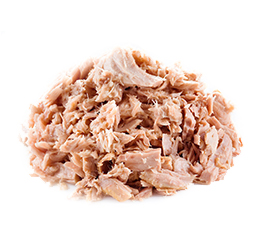 Need something else? We may be able to source it!

Browse our products for sale on our Elite Foods Deli shop!